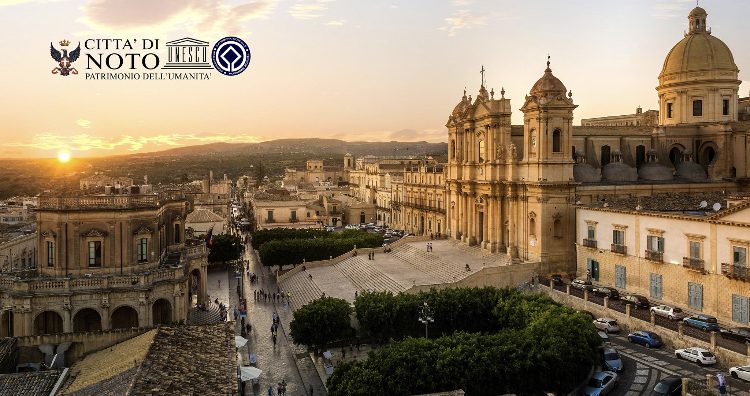 What is Comune di Noto?

Noto, with more than 30,000 inhabitants, is located in the south-west of Sicily. The Municipality of Noto is the largest municipality in Sicily and the fourth of Italy. The City Noto is a little jewel of Sicilian Baroque and was designed as European Baroque Capital in 2003. Its old historical centre was declared a World Heritage Site by the UNESCO. It belongs to the “ELORO” LAG (Local Action Group) with other 4 Sicilian cities: Pachino, Avola, Rosolini, and Porto Palo di Capopassero. Moreover, they organise a well-known traditional event called “Infiorata,” in which the city is covered of flowers. For this occasion, the city receives thousands of visitors every year. Noto is very active in youth policies and nowadays is creating a Youth Hub (Co-working) to promote youth initiatives, in collaboration with the ELORO LAG and the European Unión. As a consequence of its geographic position, Noto is familiarized with current European phenomenons as refugees and immigrant crysis.

The Municipality of Noto will organize the sixth international event of the project, hosting the other 7 partners’ representatives. It will also involve young citizens that will take part to all the other events organized by partners. Since it is a municipality with experience in popular events (the abovementioned “Infiorata”), they will organise street-activities during the international event, that will involve a great number of participants. It will play an important role in the implementation of project and in the dissemination activities, contributing actively in the project dissemination tools and using the municipality communication unit and its resources (press-conferences, official website, local radio, etc.). Moreover, they will cooperate with the ELORO LAG and local and regional associations in order to reach a bigger project impact.