“YOUROPE: Joining paths to build a better perception of Europe” represents a network of towns funded by the ¨Europe for Citizens¨ program (Council Regulation (EU) No 390/2014). YOUROPE participants are from eight European countries, namely, Spain, Belgium, Italy, Cyprus, Greece, Bulgaria, Poland and Slovenia. The project is focused on the role that the youth of today has on the present and future development of Europe. The primary goal of the network is to contribute to the fight against Eurosceptic rhetoric and to promote a sincere dialogue to develop a pro-European viewpoint at the local level.

Within the framework of this project, there is a need to produce a statement that reflects this discussion in favour of a better Europe, visualizing its fundamental challenges as well as potential lines of work for the future of Europe. 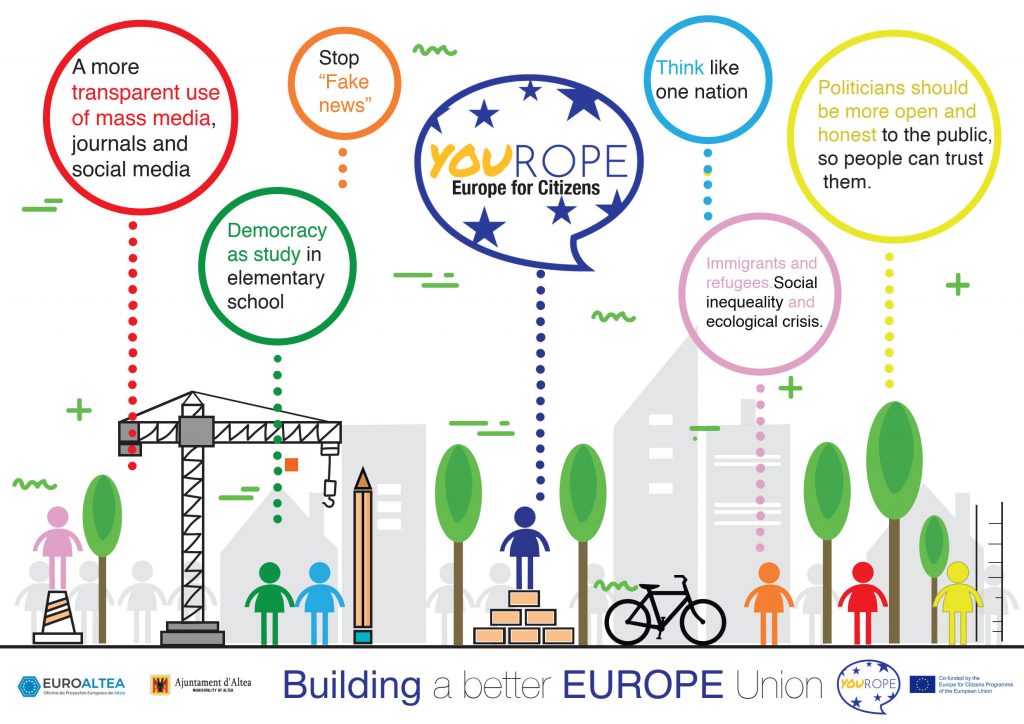 YOUROPE believes in and supports the European Union (EU) and its values.

Today we believe that the European Union faces five main challenges that need to be addressed: 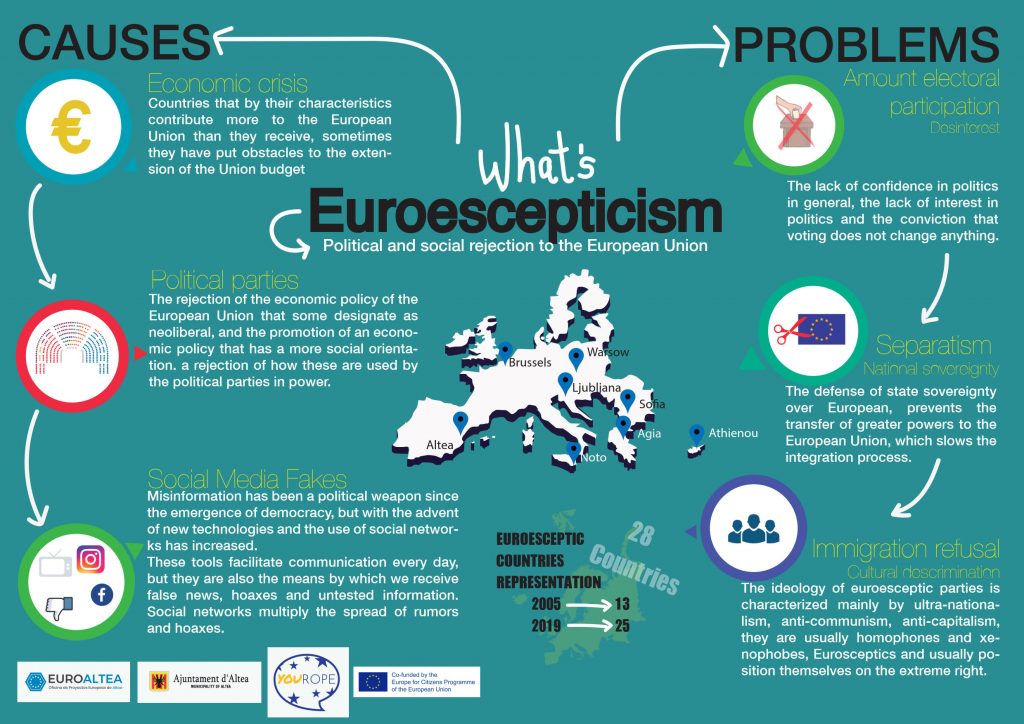 Faced with these challenges, and in relation to the global framework of the 2030 Agenda of the United Nations and its 17 Sustainable Development Goals, we believe communities and young European citizens must work to:

For all the above, the Europe we want is a Europe that not only inspires its citizens, but one that also inspires the population of our world to seek peace, solidarity and sustainability. An integrated Europe which preserves human dignity throughout the world, a Europe that promotes justice and violence-free societies throughout the world, a prosperous Europe that leaves no one behind, a Europe that appreciates and takes care of the environment, which cooperates with development and shares the values of solidarity and democracy within all communities. An EU that brings together and respects all European people whose values of dignity, peace and respect represent an unequivocal symbol of our collective European identity.

In line with the YOUROPE Network, this declaration is presented with the triple aim of:
– mobilising young Europeans, who by their daily actions, acknowledge the importance of
modest steps for a better EU;
– understanding that young people are aware that the EU supports sustainable development,
and,
– realising the indispensable participation of young people in building a better Europe.